The series traces the lives of shape-shifting serpent women. In every season, these serpents fight evil and keep the ultimate source of power, the ‘naagmani’, safe from evil.

Balaji Drama 1st season premiered on 1 November 2015 and ended on 5 June 2016 with 62 episodes. It starred Mouni Roy, Arjun Bijlani, Adaa Khan, and Sudha Chandran. It became one of the highest-rated shows on Indian television.

The second season aired from 8 October 2016 to 25 June 2017 with 75 episodes. It starred Mouni Roy, Karanvir Bohra, Adaa Khan, Aashka Goradia, and Sudha Chandran, with Mouni Roy as Shivanya in an extended special appearance.

Naagin 3rd season aired from 2 June 2018 to 26 May 2019 with 103 episodes. It starred Surbhi Jyoti, Pearl V Puri, Anita Hassanandani, Rajat Tokas, and Rakshanda Khan, with Karishma Tanna in an extended special appearance. Like the first two Seasons, It also became one of the highest-rated shows on Indian television.

Upcoming Serial Drama Naagin  Colors tv Starring Hina Khan, Surbhi Chandna, Dheeraj Dhoopar, and Mohit Malhotra have been confirmed to be a part of the show.

All latest Dramas updates and information are available on Entertainmentzone.me website.

The show can be viewed at any time on the Colors Tv app. Other information related to the show is given below.

The fifth season premiered on 9 August 2020 and starred Surbhi Chandna and Sharad Malhotra, with Hina Khan, Mohit Malhotra, and Dheeraj Dhoopar in an extended special appearance.

Naagin 5 is an Indian supernatural television series, produced by Ekta Kapoor under the banner of Balaji Telefilms. Naagin 5 chronicles the story of a miraculous shape-shifting snake, who has the power to become a human to take revenge from her wrong-doers.

Going by this new picture, it seems that TV Czarina Ekta Kapoor has found her leading lady is none other than actress Hina Khan who was recently a part of her show Kasautii Zindagii Kay 2 where she played the role of Komolika.

Who will be in Naagin 5?

Ekta Kapoor has found her leading lady is none other than actress Hina Khan who was recently a part of her show Kasautii Zindagii Kay 2 where she played the role of Komolika. Meanwhile, Kundali Bhagya actor Dheeraj Dhoopar has been confirmed by the makers.

Will there be Naagin 5?

Ekta assured that Naagin 5 will be a fresh, new, creative, and much better version in her supernatural drama franchise, and she won’t let anyone down with the plot in the fifth season but only make it more interesting. Ever since Ekta announced Naagin 5, fans cannot keep calm and are yearning to know its details.

Who are the characters of Naagin 5?

The cast of the Naagin season 5 will have Hina Khan, Surbhi Chandna, Dheeraj Dhoopar, and Mohit Malhotra.

The starting date of the Naagin 5 reveals yet. As the promo of the show is launch. And fans are highly anticipated in the upcoming season of the show. It is expected that season 5 of the Naagin will be on air within a few days. 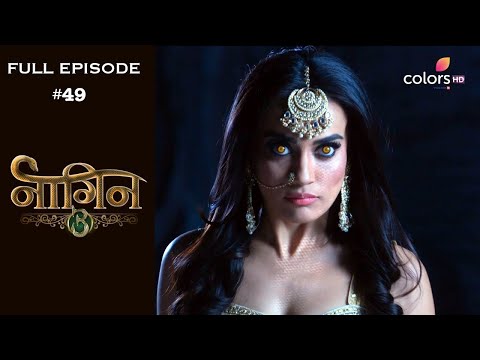