Star Plus released the first teaser of Saath Nibhana Saathiya 2. Devoleena Bhattacharjee, who played the iconic role of Gopi Bahu (after Gia Manek), has returned to launch the new season.

So, the announcement of the Saath Nibhana Sathiya season 2 has created excitement among fans. Television lovers are happy to watch Kokila Ben and Gopi back on screens.

Devoleena Bhattacharjee is roped in to play a pivotal role in the show. She has also shot the teaser video of the show. While Rupal Patel will be playing her iconic role of Kokilaben. The names of the cast members of the show are not out yet.

The promo of the show will be out in a few days. The confirm starting date of the Sath Nibhaanaa Sathiya 2 will be available on the page after the official announcement.

Saath Nibhana Saathiya presented the story of Kokilaben who gets her businessman son Ahem (Md Nazim) married to an uneducated Gopi, as she feels the latter can keep the family together. During the long run of the serial, Gopi went through numerous obstacles as she tried her best to win her husband’s heart. She also educates herself to eventually become the matriarch of the Modi household. The show also starred Rucha Hasabnis, Vishal Singh, Tanya Sharma, Sonam Lamba, Vandana Vithlani, Lovey Sasan among others. 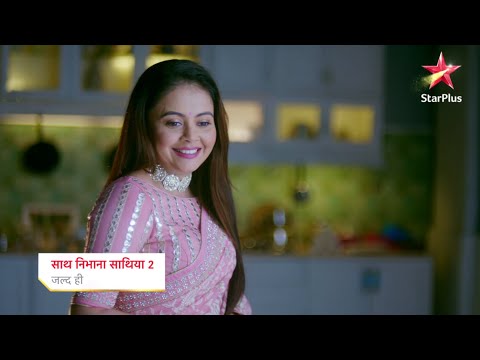