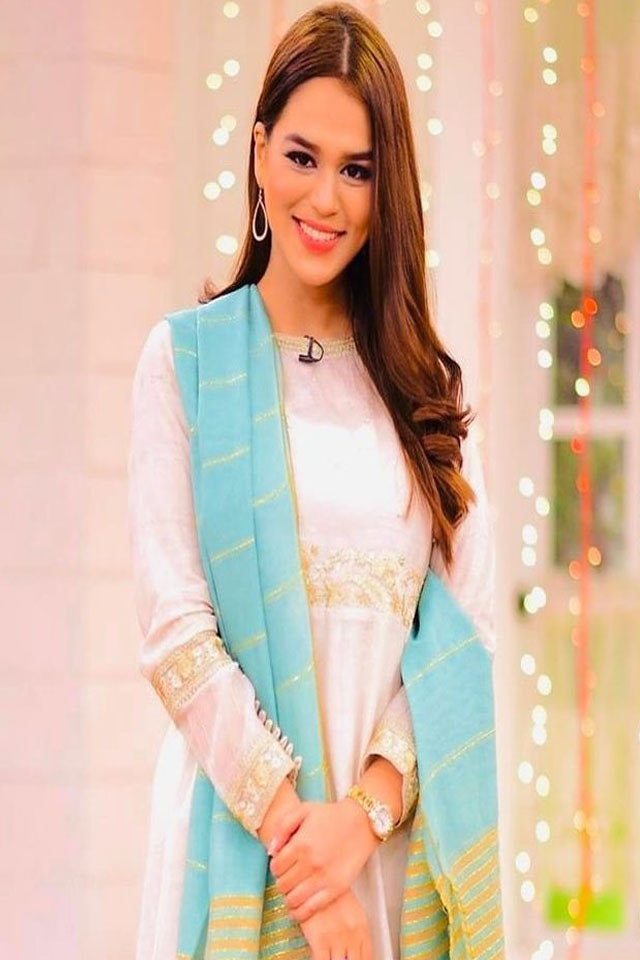 Zohreh Amir is a young beautiful talented Pakistani Actress and model. She was born on January 26, 1993, in Karachi Pakistan. She is best known as Ramsha in “Fitoor” drama and Saima in the Hum Tv’s drama ‘Yaar Na Bichray‘ where she played the role of Pulwasha’s (Zainab Shabbir) best friend. Later she fell in love with Aazar (Mirza Zain Baig).

She started her drama career with her incredible acting in the super hit drama “Alif, Allah and Insan” and “Tu MeraJunoon”. She got more popularity from her role of Ramsha in the drama “Deewangi” with Danish Taimoor.

She is known for her attractive looks. Her recent drama is “Uraan” with Adeel Chaudhry and Kinza Hashmi. Her current Geo Tv Drama Fitoor 2021 is an amazing drama along with lead Cast Mizna Waqas and Saif Ul Hassan watch on official Har Pal Geo Tv.

Recently, Zohreh informed her fans on Instagram that she is happy to be the mother of twin sons. The actress also shared a photo in her post in which both the newborns can be seen.

Zohreh Amir children are thought to have been born at Columbia’s Howard County General Hospital. It may be recalled that Zohreh had revealed last year that they were married in August 2020.

Zohreh Amir got married to Aamir in 2020 and lives in Karachi with her husband.

The estimated Net Worth of Zohreh is about to be $1 Million – $5 Million Dollars including his showbiz hard work earning as an Actress and Model.