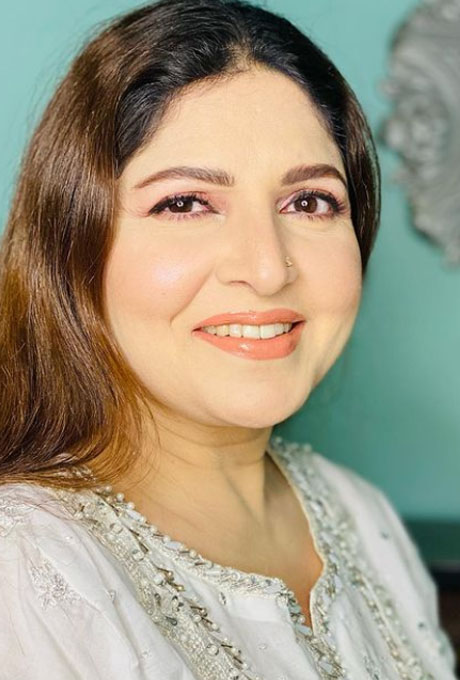 Shagufta Ejaz is a talented Pakistani television and film actress. She was born on May 5, 1971 Kunjah, a small town in District Gujrat, Pakistan. She appeared in PTV Home’s classic serials in 1990’s.She is considered among the finest actors of Pakistan. She also appeared in few Punjabi films.

She won the ‘Best Supporting Actress’ for her role in Mere Qatil Mere Dildar at the Hum Awards. In 2013, she found the beauty salon, Envy by Shagufta Ejaz in Karachi.

She started her acting career with PTV’s famous drama serial Jangloos in 1989. She won the heart of millions with her outstanding acting. And she came to be considered as Pakistan’s top-level actress. Even after that, she continued to work with Pakistan Television Lahore Center for a long time.

She is a legendary Pakistani television artist who has been seen playing different characters in various television dramas and movies. Her entry into Showbiz is by luck as she never planned about it. Once on her visit to the PTV office with her friends, she got noticed by director Kazim Pasha who offered her lead role.

Apart from movies, she worked in the TV industry for a long and performed in a variety of serials including “Wafa Girah”, “Aanch”, “Parchayan”, “Jeena Toh Yahi Hai”, “Haqeeqat”, “Qissa Chaar Darwesh”, and the list goes on.

Similarly, she performed in other popular TV serials including “Bulbulay”, “Angar Wadi”, “Zindagi Dhoop Tum Ghana Saya”, “Dugdugi”, and so many projects are included wherein she worked from 1989 to 2019.

She is married to Yahya Siddiqui and blessed with 4 daughters. Her daughters are yet away from Showbiz.