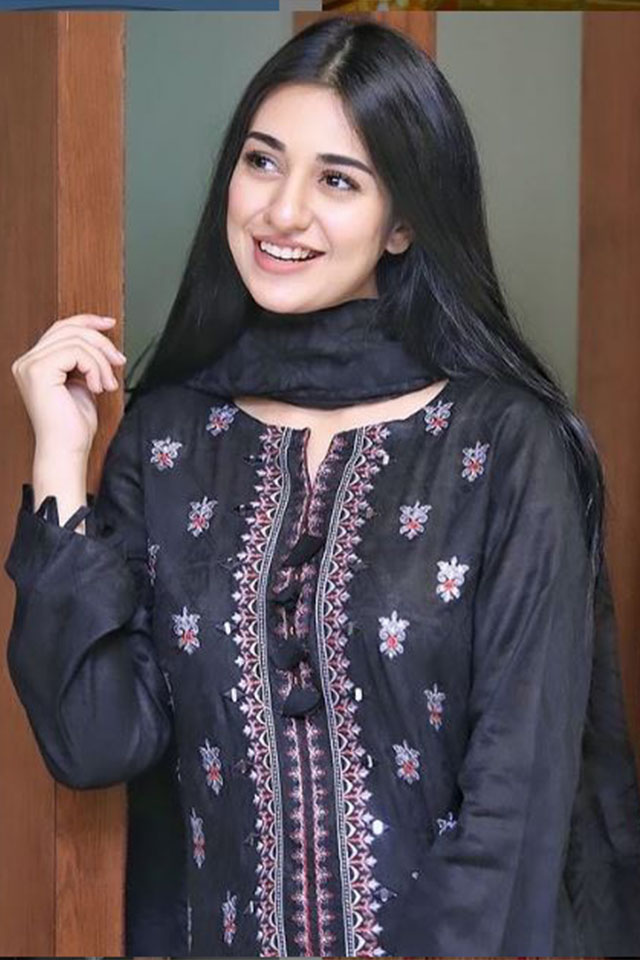 Sarah Khan is also known as Sarah Falak. She is a very gorgeous Pakistani actress and model. She was born on March 14, 1992 in Medina, Saudi Arabia. She appears in Urdu-language television series.

She is best known for her role in Sabaat as Miral. She rose to prominence with the role of a selfish opportunist in the Moomal-produced romantic drama Alvida.

Sarah Khan made her acting debut as a supporting role in 2012 in the drama serial Badi Aapa aired on Hum TV, where she played the role of the daughter of the main characters. She followed it with supporting roles in much successful television series.

she got the opportunity by Moomal Sheikh in 2015 in the romantic drama “Alvida” with Dil-e-Muztar, Sanam Jung, and Imran Abbas Naqvi. She played the lead role of a selfish opportunist. The drama aired on Hum TV and she also got nomination for this act.

She gave a wonderful performance in the drama Mohabbat Aag Si and got an award for best actor in a supporting role. Last year, she did a drama serial Raqs e Bismil and this was a super hit.

She was born in Medina, Saudi Arabia to a Lebanese mother and a Pakistani father. She has 3 more siblings Noor Khan, Aisha Khan, Hamza Khan.

Sarah’s husband is Falak Shabbir, he is also a famous singer and songwriter personality. On October 8, 2021, Shabir announced the birth of their daughter.