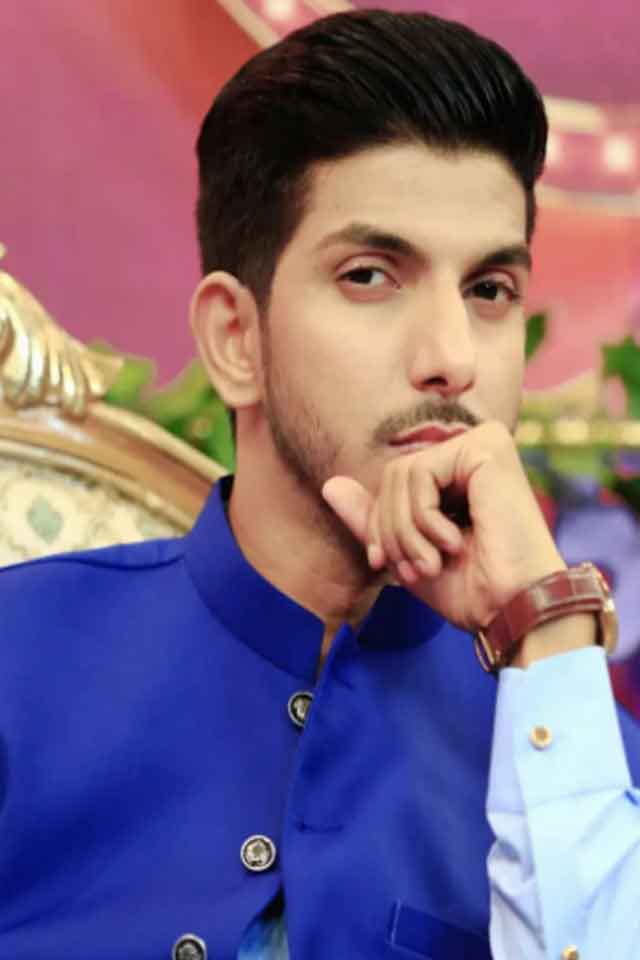 Mohsin Abbas Haider is a famous Pakistani singer, actor, writer, and host. He was born on August 18, 1986 in Faisalabad, Pakistan. He is known for his appearance as DJ in Dunya News’s talk show Mazaaq Raat as well as for his appearances in films and serials.

He won the best singer of the year award for this song in Lux Style Awards 2019. In December 2019 he released a song “ROOH” written Sung And Composed by Him.

He initiated his career as an RJ in radio station Faisalabad. He was exceedingly sound for his passion in music. He had appeared in different fields as RJ. He worked with numerous renowned actors. Mohsin Abbas Haider is spending a happy married life and is most desired personalities on Pakistan media industry. He loves Punjabi music as he desires to promote Punjabi culture worldwide. He had appeared in a number of television shows as a host.

He started his debut in a drama serial for Ishq For Sale in 2015 on HUM TV as a telefilm and later worked on very super hit drama Muqabil in 2016 on HUM TV as a character of Armaan, a son of rapist father of his wife. In 2018 he starred in the drama Meri Guriya, where he plays the antagonist, a child rapist and murderer, and earned critical appreciation for his acting performance. In 2019, worked in a drama serial Deewar-e-Shab as a character of Fiaz Ali on HUM TV.

Mohsin Abbas debut movie ‘Na Maloom Afrad’ where he got rapid fame on account of his exceptional acting abilities. But did you familiar with the fact that this highly talented guy initiated his career as Radio Jokey on a radio station? Afterwards he moved towards Karachi in the year 2005 with the intention of learning the knack of singing from NAPA and to explore his abilities.

He earned his graduated degree from Faisalabad and also earned his Master degree in Textile Designing from the same city. Furthermore, he secured graduation degree with a major in musicology from NAPA.

He is blessed with one brother and two sisters.

His got married to Fatima Naqvi. In December 2017, the couple lost their new born daughter, Mahveen Abbas Haider, after 7 weeks of her birth. In May 2019, the couple had a son, Haider Abbas Mohsin. He is spending a happy married life.