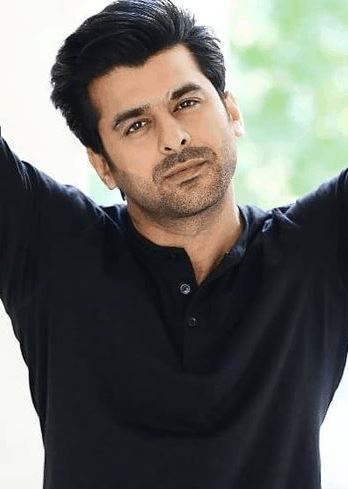 Humayoun Ashraf is a Pakistani actor and model. He was born on October 18th, 1986 in Karachi. who appeared recently in “Rang Mahal” and also in Mere Khuda, Humnasheen.

He appeared as Haroon in Ishq Hamari Galiyon Mein, for which he received the Hum Award for Best Soap Actor in 2013. He made his film debut in 2019 with romantic musical film Sacch.

Humayun Ashraf started his acting career from Ptv and after that he appeared in several drama serials and commercials as well, He is a very Good model and appeared in many model shoots.

Humayoun has worked in the serial “Haasil” which was aired on Geo TV. In the serial, he worked alongside Ahsan Khan, Mawra Hussain, and Sonya Hussain. While it had run from 2016 to 2017.

In 2017, he also worked in another serial “Tere Bina” in which he worked alongside Sami Khan and Neelum Munir.

Also, Humayun has worked in “Mere Khuda” in which he worked alongside big named including Saba Faisal, Sumbul Iqbal Khan, Nimra Khan, and others who played pivotal roles.

He lives in Karachi with his family.

Humayoun Ashraf holds the degree of Bachelor that Humayun attained from Karachi.