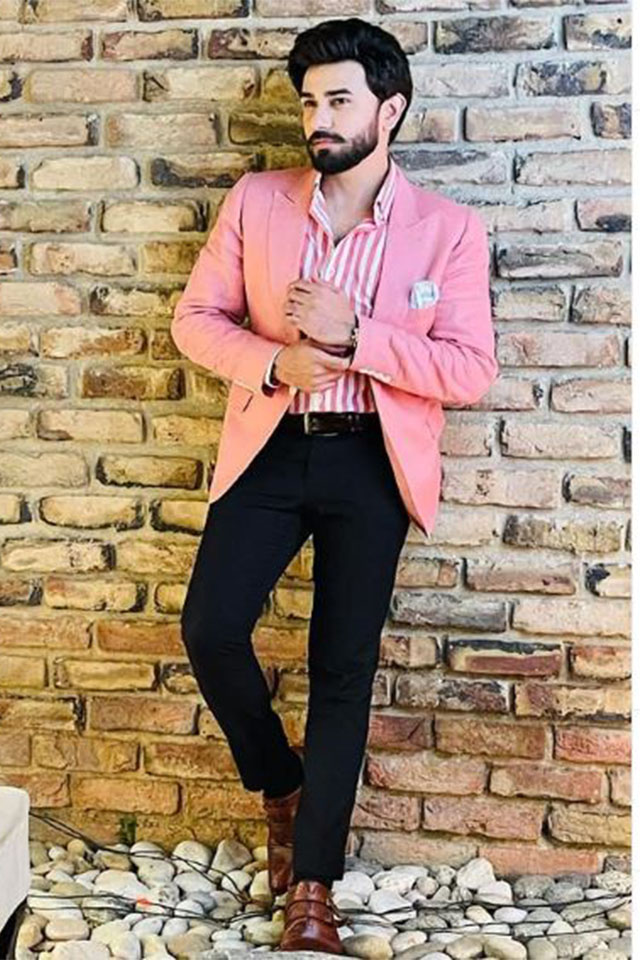 Ali Ansari is a young, famous Pakistani actor, model, musician, and video jockey. He was born on September 8, 1987 in Lahore, Pakistan. He began his career as an RJ for the hit radio show “Dude, where’s my song?” and then became a model. He made his debut as a television actor in the 2015 television soap series, Riffat Appa Ki Bahuein

He gained popularity by playing the role of Saarim in romantic Drama Khaani and Arham in a small screen venture Dino Ki Dulhaniya and Baba Jani. He is also appearing in Chalawa as Sarnash under the HUM TV production banner.

Ali Ansari started his showbiz career as RJ. His debut show as Radio Host was “Dude, Where’s my song?”. His energetic performance and positive nature earned him huge Fame. The boyish charm and Sentimental mentality of Ali helped him clear his way up the showbiz. Due to his fame, he hosted number of radio shows. After that he got many offers for photo shoots. Which he accepted and did number of fashion photo shoots. He also walked the ramp for top fashion designers. The talented man is also trained drummer. After realizing his passion towards the music he started to work as musician also. He wrote many lyrics of songs to express his feelings.

He has completed his Bachelor’s in Economics and Finance. After his education, he stepped into his professional career.

Ali lives in Lahore with his famliy. His Sister Maryam Ansari is also a famous actress and model.

In 2021, he got engaged to Saboor Ali, a prominent Pakistani actress and sister of Sajal Ali. In January 2022, both got married. Various close showbiz stars from the industry attended the wedding.

Ali’s net worth is estimated approximately $1-5 million including all of his assets.