My Spy is an upcoming American comedic Spy movie. It tells the story of an agent JJ played by Dave Bautista, who has been demoted and given a chance to keep his job by going undercover and surveil and protect a family. But JJ finds himself at the mercy of a 9-year-old girl, Sophie. As she discovered hidden cameras in her apartment, Sophie convinces JJ ( My Spy lead role, Dave Bautista) to teach her to become A Spy.

My Spy is directed by Peter Segal and written by Jon and Erich Hoeber. It is originally the project of STX Entertainment but it was reported that MWM Studios had joined the film as an additional production company.

STX Entertainment is a relatively new company, founded in 2014, has struggled to gain a foothold in Hollywood up to this point. It hasn’t been all bad news, of course; since they started, they’ve released such acclaimed films as The Gift, The Edge of Seventeen and Molly’s Game, and have a potential contender in this year’s awards season thanks to September’s Hustlers.

Footage from the project played well to movie theater owners at CinemaCon in April and they drew comparisons to Arnold Schwarzenegger’s Kindergarten Cop in which he starred as a detective, disguised as a Teacher. 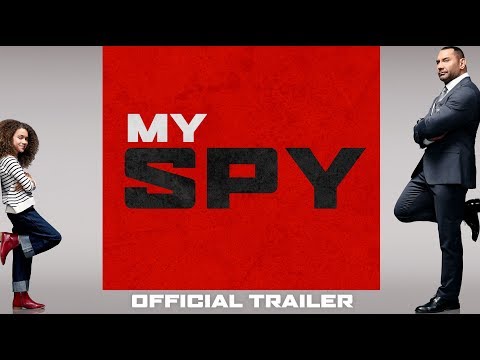