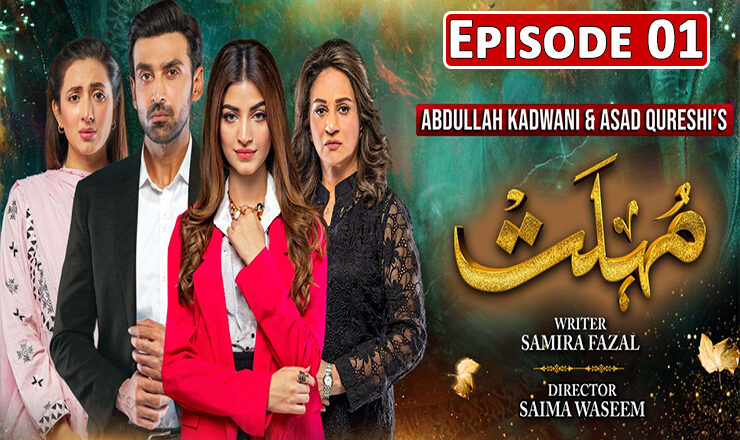 Mohlat is a story of a young girl’s sacrifices for her family even after being neglected and discriminated against all her life. Nawera is a young and innocent girl who lives with her parents and two elder sisters, Maham and Rida. Nawera’s loving and caring nature is often neglected by her family as her mother considers her unlucky since birth.

Despite knowing her self-worth, Nawera develops a liking for her cousin, Dawar who is already in love with Maham. On the other hand, Maham is a selfish and proud girl who prefers material things over genuine relationships.

Her friendship with one of her colleagues, Salman is also for her own benefit. Being the eldest amongst her siblings, Maham takes advantage of Naveera’s innocence and often blames and insults her. However, Rida chooses to support Nawera and tells her to stand up for herself.

Things take an unexpected turn when Maham refuses to acknowledge Salman’s feelings and accuses Nawera of having an affair with Salman in front of her whole family. As Maham continues to pave way for her success and goes on to marry Dawar, Nawera keeps entangling in accusations and embarrassment.