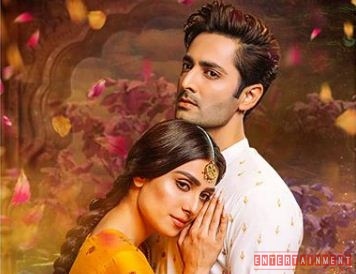 The actress took to Instagram and shared the dazzling pictures from the sets of drama serials. The photos have taken the internet by storm.