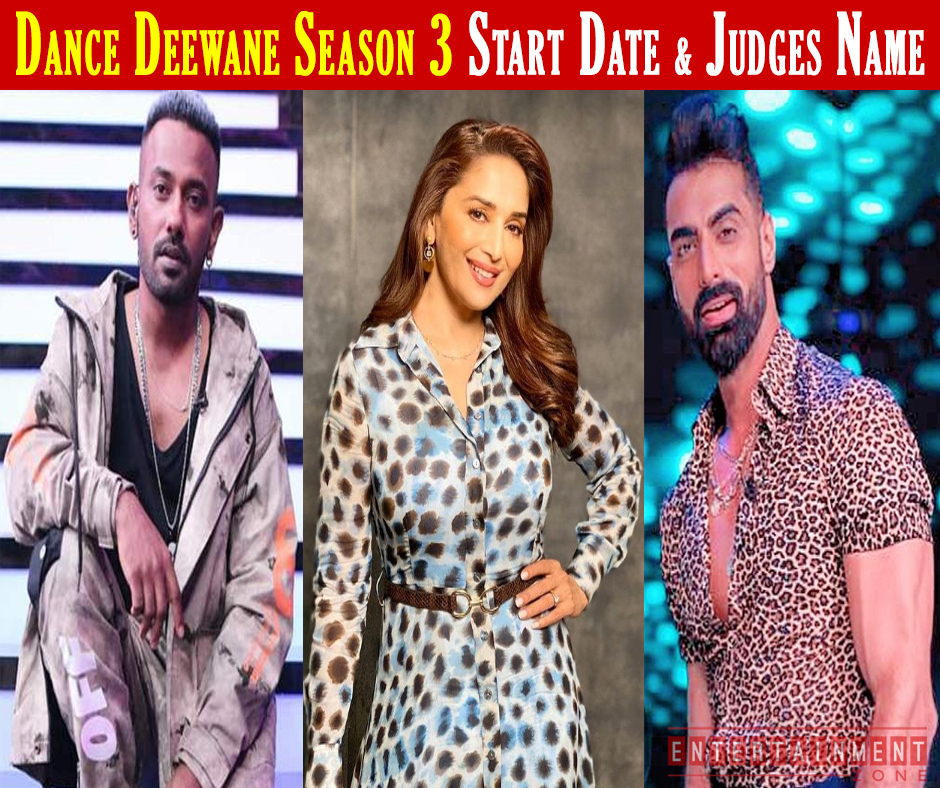 Dance Deewane 3 (2021) By Colors Tv a dance reality show is all set to come up on Colors TV. After the success of 2 seasons, the makers of the show are ready to launch it’s season 3.

Dance Deewane provides a platform for all dancers who can win hearts with their dance moves. So check out the Expected Dance Deewane 3 Start Date and Schedule on Colors TV.

Dancing Queen Madhuri Dixit who is associated with the show as one of the judges is seen promoting the show from her house. Dance Deewane is one of the popular platforms which provides an opportunity for all the dancers out there.

Dance Deewane 3 Start Date 27th February 2021 Sat – Sunday at 9: 00 PM IST . But at first, the makers are coming up with the Online audition process for the show. The date of release of the show will be out as the situation due to coronavirus settles downs.

Once again Queen Of Bollywood Madhuri Dixit, Dharmesh Yelande, and Tushar Kalia will be the judge and Raghav Juyal will be the host of the show Dance Deewane 3.

Dharmesh Yelande is an Indian dancer, choreographer, and actor. He is known for his expertise in freestyle, locking and popping, and hip-hop dance forms. After Dance Indian Dance, he then went on to participate in quite a few dance reality shows, including Dance India Dance Li`l Masters, Dance Ke Superstars and Dance Plus.

Tushar Kalia is an Indian choreographer and Dancer. He specializes in Mayurbhanj Chhau, Kalari and Contemporary dance. He has participated in dance reality show Jhalak Dikhhla Jaa.

Shashank Khaitan is an Indian film writer, director, and producer. He is a famous personality from Hindi cinema. Khaitan has recently directed the popular film Badri Ki Dulhania. And become a producer at Dharma Productions.

It is Confirmed Raghav Juyal will be the host of the show Dance Deewane 3 2021.

He has been called King of Slow Motion for his surreal dance moves in slow motion style and for his reinvention of the Slow Motion Walk in India.

Below are our predicted contestants of Dance Deewane 3 2021 who had given the auditions. Updated Soon

Dance Deewane has a unique format where the participants of various age groups compete with each other. Season 2 of Dance Deewane was won by Vishal Sonkar. Vishal bagged the Dance Deewane winner trophy along with the cash prize of Rs. 15 lakhs.